In a tranquil woodland setting, nestled alongside some of England’s most magnificent dwellings, it’s hard to imagine how Lone Pine Park could be improved. On the edge of the New Forest, and within easy reach of the south coast, here you’ll find some of the most luxurious park homes you can buy. Its bucolic ‘Millionaire’s Row’ location is a rural idyll, tranquil and secluded, but just minutes away from all the amenities you could require. Continued evolution has added even more prestige to what is already one of Britain’s most exclusive park home estates. And that process is ongoing, with the gradual addition of more high-end homes. The grand houses which surround the park bring a sense of exclusivity to the locale, and that is enhanced by the neighbouring, members- only Ferndown Golf Course. Soon prospective Lone Pine residents will be able to buy their very own luxury home overlooking the course. Such a prime spot will cost over half a million pounds, reflecting the cachet of this part of the country. The peaceful 14.5 acre private estate, which is having a gated entry system installed, is defined by woodland and there is a real sense that you are in the heart of the countryside. Great care has been taken to ensure that the layout and landscaping remains sympathetic to the natural character of the park. A lovely touch is the individually named cul-de-sacs, which make up the park. From ‘Fairies Drive’ you can amble into ‘Honeysuckle Close’ before popping in to see friends in ‘Foxglove Glade’. 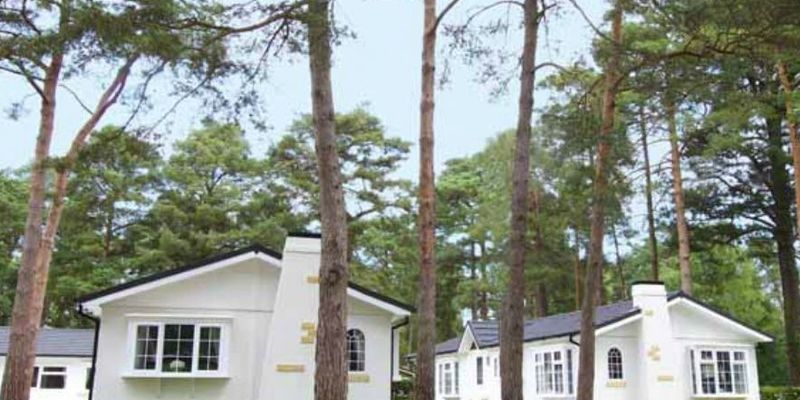 These details were last updated on 12th July 2022